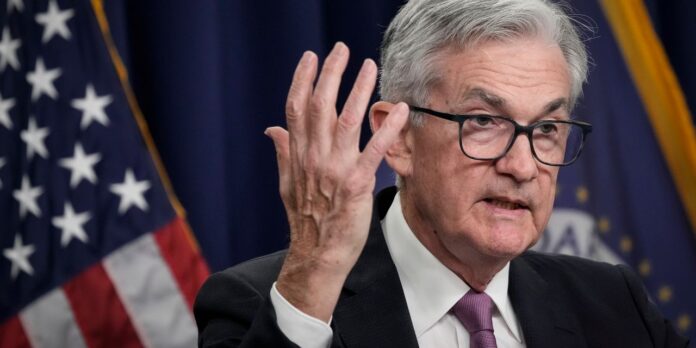 The Federal Reserve is raising rates on Wednesday. That much is certain.

Beyond that, there are weighty questions about whether the central bank’s efforts to bring down inflation can succeed without crashing the economy.

With Fed Chairman Jerome Powell talking about “pain” for the economy in his Jackson Hole speech in August, investors are bracing for a hawkish message.

were down sharply on Tuesday ahead of the Fed decision and the yield on the 10-year Treasury note
TMUBMUSD10Y,

Read: Can the Fed tame inflation without further crushing the stock market?

The Fed decision will come at 2 p.m. Eastern on Wednesday.

How hawkish can the Fed get? Here are some signposts Fed watchers are paying close attention to.

How large a rate hike on Wednesday?

Michael Gregory, deputy chief economist at BMO Capital Markets, thinks the Fed will raise the federal funds rate by 75 basis points to a range of 3% to 3.25%. The outsized gain in core consumer price inflation in August sealed the deal for 75bp move and boosted the odds of a 100bp move, he said.

Fed-funds futures markets and some analysts have penciled in the possibility of a 100 basis point rise, but Gregory argued against it.

“An issue with an unprecedented 100bp move is that it could convey a sense of policy panic. A similarly unprecedented 75bp move three-peat conveys a better sense of ‘we got this,’” Gregory wrote, in a note to clients.

But some economists, like Japanese investment bank Nomura, are sticking with forecasts of a 100 basis point move .

What Powell says about November

Before the surprising gain in core consumer inflation in August, economists thought the Fed would downshift in November to a smaller rate hike of a quarter percentage point.

Now Powell might leave open the door for a fourth 75bp move in Nov. 1-2.

“Powell will again be hawkish at the press conference; any dovish impression will likely be the result of miscommunication,” said Roberto Perli, head of global policy at Piper Sandler.

Fed Gov. Michelle Bowman said last month that “similarly sized increases” should be on the table until the Fed sees inflation declining in a consistent, meaningful, and lasting way.

The ‘dot-plot’ chart for the Fed’s benchmark rate

Economists think the Fed will use the dot plot to signal “a higher for longer” path for interest rates.

Krishna Guha, vice chairman of Evercore ISI, thinks the Fed will raise the median target for the benchmark rate to a range of 4% – 4.25% by the end of the year. That’s up from a range of 3.25%-3.5% in the prior forecast in June.

At the same time, the dot plot will also show that the Fed has no intention of cutting rates in next year.

“What the Fed is trying to do is feel their way to where they can rein in the economy without actually causing an outright recession,” said Seth Carpenter, global chief economist at Morgan Stanley.

Once they get to a level that they think is starting to dampen demand, but not so much that things crash, Fed officials intend “to hang out there as the economy slows down,” he added, in an interview on Bloomberg Radio.

How much ‘pain’ will the new economic projections highlight?

Priya Misra, head of global rates strategy at TD Securities, expects the Fed to resort to a less optimistic outlook for output and labor market conditions to provide “proof” that the Fed is willing to accept some pain in economic conditions in order to bring down sky-high inflation.

In their last forecast, the Fed projected that the unemployment rate would inch up only to 4.1% by 2024. The economy would continue to grow at just under a 2% annual rate over the three year forecast.

Also read: The Fed is ready to tell us how much ‘pain’ the economy will suffer

The Fed will also push up their expectations for inflation.

“We do not anticipate policymakers will pencil in a return to core PCE inflation to the 2% goal in the forecast horizon,” even though the Fed forecasts will include 2025, Misra said.

Check out: The stock market has rallied on day of every Fed rate-hike decision in 2022. Could it happen again Wednesday?