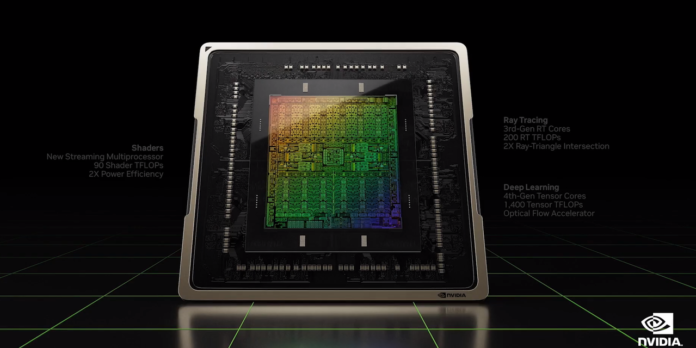 Nvidia Corp. appears to be betting that a price hike during inflationary times won’t deter hardcore gamers who have been waiting to upgrade their rigs amid a slowdown in consumer demand.

The launch comes at a cost, not only to Nvidia, which had to repeatedly cut its sales forecast this year and take a $1.22 billion charge to clear Ampere-based inventory as consumer demand dried up from pandemic levels, but to gamers, given that Nvidia unexpectedly hiked prices for its chips.

“We are somewhat concerned about Nvidia raising prices into a collapsing GPU market, but see the long-term significant positives from these products,” said Susquehanna Financial Group analyst Christopher Rolland in Tuesday note immediately following the launch.

Lovelace succeeds Ampere, which was unveiled in May 2020, about two months into the COVID-19 pandemic, amid strong demand for gaming cards. When the Ampere-based gaming cards were introduced in September 2020, the top-of-the-line RTX 3090 listed for $1,499, and the mid-tier 3080 at $699.

As a result of the short-term headwinds, Rolland, who has a positive rating of the stock, lowered his price target to $190 from $200.

Evercore ISI analyst C.J. Muse, who has a outperform rating and a $225 price target, said the unveiling was a positive event for the company, given it supported the long-term view of end-to-end platform development. That, he admits, is of little concern to near-term investors.

“Here, we would note that we are inching closer to a bottom, and while near-term gaming uncertainty persists, the company has outlined a clear path for growth elsewhere led by product cycles across Hopper, Orin and Grace,” Muse said, referring to other Nvidia product lines.

Read: Nvidia’s ‘China Syndrome’: Is the stock melting down?

“And if you believe in the underlying secular demand of the gaming industry (as we do), then the Ada Lovelace cycle should drive strong sequential growth in the April Q (we model Oct Q bottom, though model modestly below consensus revenues/EPS for both October and January),” Muse said.

Citi Research analyst Atif Malik, who has a buy rating and a $248 price target, said it was a relief that Nvidia announced that Ada Lovelace gaming cards did not need a license to bypass a U.S. technology ban to China that covers the company’s A100 and H100 data-center products.

“Ada is a bigger leap in gaming than Ampere was over Turing, and will target the enthusiasts segment and has comparable gross margins,” Malik said.

Read: Chip stocks could plunge another 25% as ‘we are entering the worst semiconductor downturn in a decade,’ analyst says

Of the 44 analysts who cover Nvidia, 35 have buy-grade ratings, eight have hold ratings, and one has a sell rating, with an average target price of $202.51.